Enjoy the Benefits of Send Later on Microsoft Outlook 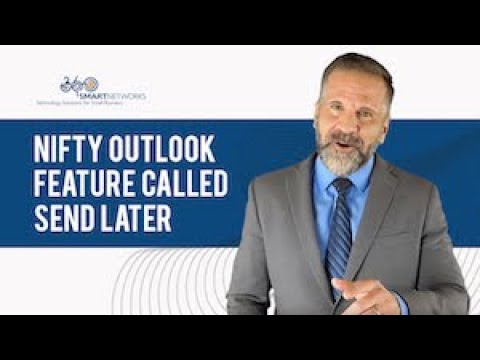 Have you ever sent an email you regretted? Are you frustrated with how much time your employees spend on email? Are you looking for ways to boost productivity in your office? If you’ve answered yes to any of these questions, you need to check out Send Later.

A nifty feature in Outlook, Send Later provides you with tools to delay the dispatch of your email. Basically, after writing the email, you go into settings and specify a time that you want the email to go out. If you want to make changes or cancel the email before that time, you can easily do so.

Keep reading for a look at the potential benefits of utilizing the Send Later feature in Outlook.

Sending a flurry of emails between yourself and a recipient can take up a surprising amount of time. Send Later can help to reduce the back-and-forth throughout the day. Rather than firing off responses when you receive an email, you can draft the response right away but schedule the email for later.

For example, if you set up all your emails to go out at the end of the day, you can look for responses in the morning, and reply to everything at once, rather than interrupting your thought process multiple times throughout the day.

The Send Later feature doesn’t just offer benefits to individuals. If your entire office uses Send Later, you have the potential to safeguard your productivity. This is especially true concerning internal emails. Again, to avoid the time-waster of back-and-forth emails, you can ask all your employees to send their internal emails at a set time every day. At the same time, you may also want to have your employees only check their emails at about the same time every day.

In addition to the time your employees spend reading and responding to the emails, they lose focus every time they stop a project to look at an email. Research indicates that it takes 25 minutes to regain concentration after an interruption.

You can also leverage Send Later to improve the response rate of your emails. The average office worker receives 121 emails per day, and the right timing can help encourage recipients to prioritize your emails. For instance, if you know that your boss arrives at work at 8 am every day, and you want them to see your email as soon as they arrive, you may wish to have Send Later dispatch the email right at that time.

To give you another example, imagine you have a client in another time zone. You may want to use this feature to ensure their email arrives at an optimal time, regardless of when you write it.

In a lot of cases, people draft and send emails to colleagues, clients, or others, but just a few minutes later, they remember an additional piece of information they wanted to add to the email. At that point, they have to spend extra time typing out another email, and at the other end, their recipient loses time by opening multiple emails. Although this only takes a few seconds, the time adds up.

Send Later can help you avoid this phenomenon. After drafting an email, your employees can set the email to go out a few hours later or even at the end of the day. Then, if they remember any extra info, they can add that to the email while it’s still just a draft.

If you’re like most people, you’ve probably received an email that made you upset and then fired off a response that you almost instantly regretted. Send Later can help you avoid hasty words. If you know that you’re hot under the collar, you can use this feature to delay sending. Then, a couple of hours later, when you’ve had a chance to calm down, you can reread your words and decide if you want to let the email go out.

To learn more about tech features that can benefit your business, contact us today. At 360 Smart Networks, we provide managed IT services and cybersecurity to businesses across the South East United States.

Marius Nel
Marius has over 25 years of extensive technical and business managerial experience. After beginning his career in the R&D sector of mechanical engineering, Marius made the switch to IT in 1996. He first acted as a technical support engineer and later moving up to the departmental general manager of a large JSE-isted company. After immigrating to the U.S. in 2001, Marius began laying the foundation for what would eventually become 360 Smart Networks. 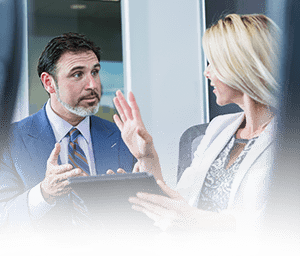